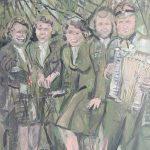 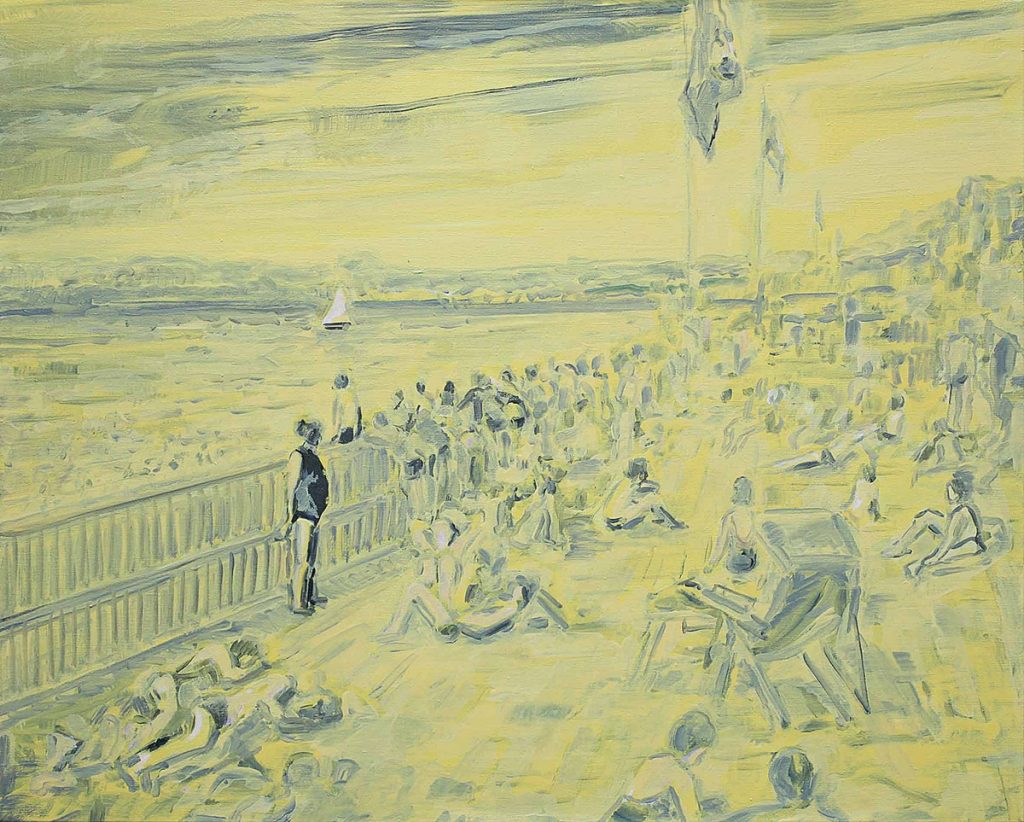 “In Nazi Holidays (2011), Adach made use of a photograph from an album found in Germany a few years ago, and which was subsequently reproduced in several media. The album turned out to contain more than one hundred photographs of SS officers and security guards from Auschwitz. In the photographs, the German executioners are seen in family situations, relaxing and enjoying their holidays – just 30 kilometres from the concentration camp in which several hundred thousand people were simultaneously being murdered.

Adach has painted the scene of sunbathing Nazis against a sickly yellowish background. Only one person stands out as a black spot in the yellow mass of history. In this way he criticises, challenges, and seeks out the border between memory and truth, thereby blurring the traditional, established approaches to history. He deconstructs orthodox history and creates room for new understandings of both ourselves and our past.”