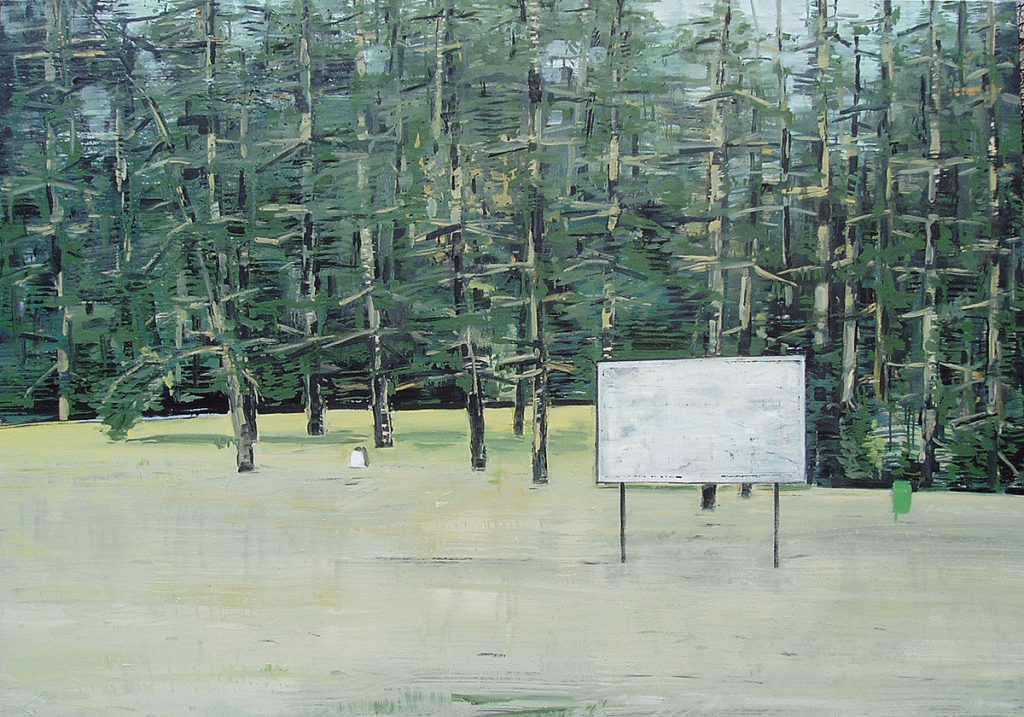 “When Adach for the first time visited the Treblinka camp in September 2004, he got lost on his way back among the trees planted there by the Germans to hide their crime. Such stories sometimes happen. (…) a friend [of mine] who was bequeathed a piece of wooded land by her parents went there with her little son but got lost. Trying to find the right way, she drove twenty kilometers in one direction, then twenty in the opposite one, until, in the middle of a woods, she saw a signpost: ‘Treblinka 10 km’. Untitled (Treblinka) represents precisely such a signpost lost somewhere in the woods… A mood of tension and anxiety.” 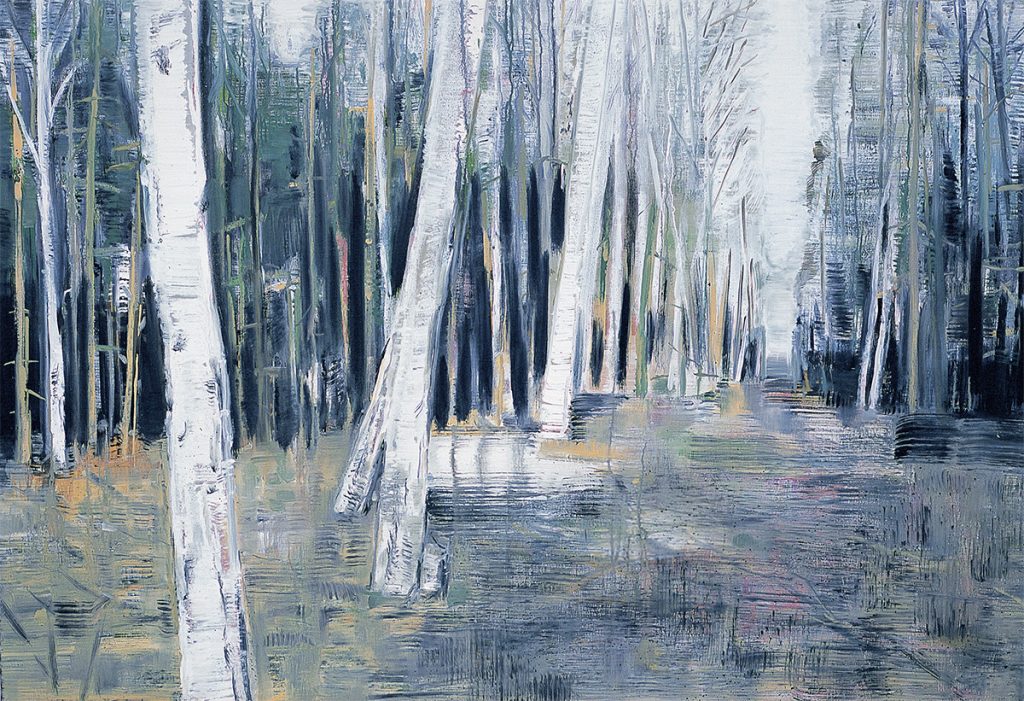 “(…) Adach’s paintings are haunted by birches”, Le Figaro wrote following the artist’s exhibition in Nice, “which, we forgot, is what the name Birkenau comes from.” Birke and Untitled (Treblinka) are paintings that show woods. An atmosphere of tension and fear. The birch, the tree of the childhood landscape, often a synonym of kitsch in idyllic pictures, is called “Birke” in German, hence the name Birkenau. The German critic Alexander Pühringer perceives both paintings as the artist’s most subtle answer to Adorno’s 1951 question about what art is possible after the Holocaust. A birch wood will forever be more than just a kitschy image, and the Central European landscape will no longer be innocent. Like the European imagination. (…)”