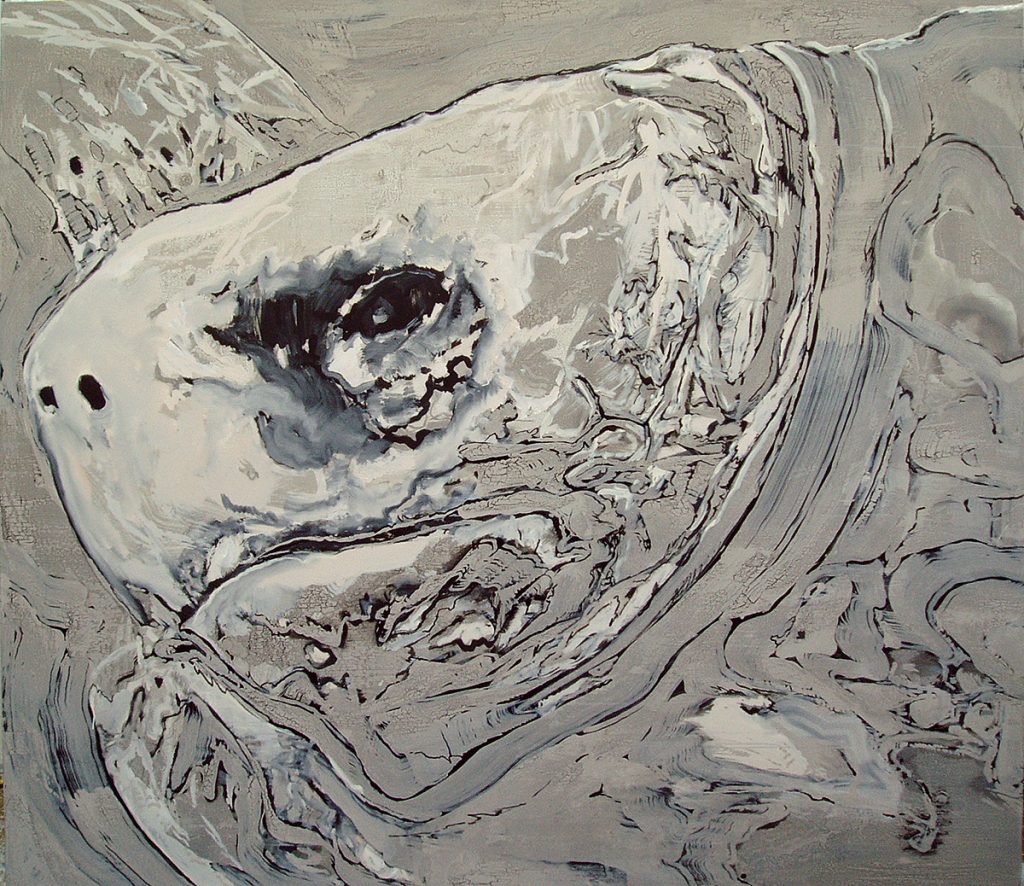 “With a slightly ironical distance, Adach approaches the recent attempt of some of our pseudo-politicians to undermine the Neo-Darwin theory of evolution. One of the paintings: 176 Years Old, features the head of a 176-year old female tortoise, allegedly brought from the Galapagos Islands by Darwin himself, which has recently died in an Australian Zoo. Another painting (DNA) shows a sculpture in form of a DNA helix sitting in the yard of a former Calmaldoli friars monastery in the Warsaw district of Bielany. The adjacent room accommodates a video with shots from the lives of chimpanzees in a Zoo, entitled The Primates Are Not Apes. This statement seems even more intriguing, considering the fact that the genetic difference between a human and a chimpanzee is only 0,6 per cent, while the difference between the chimpanzee and the orangutan is as much as 2 per cent.” 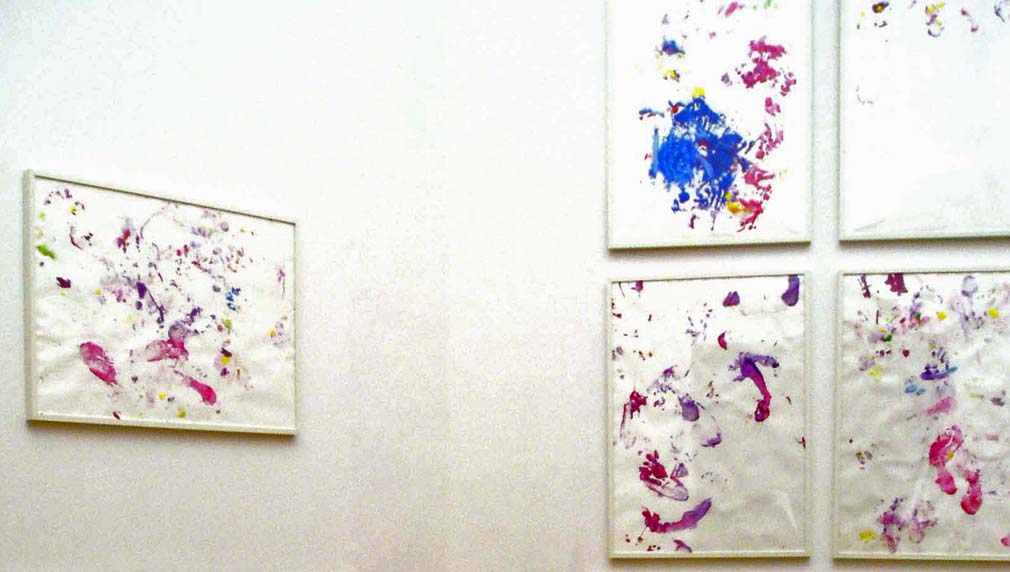 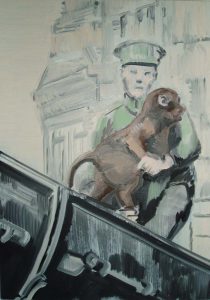