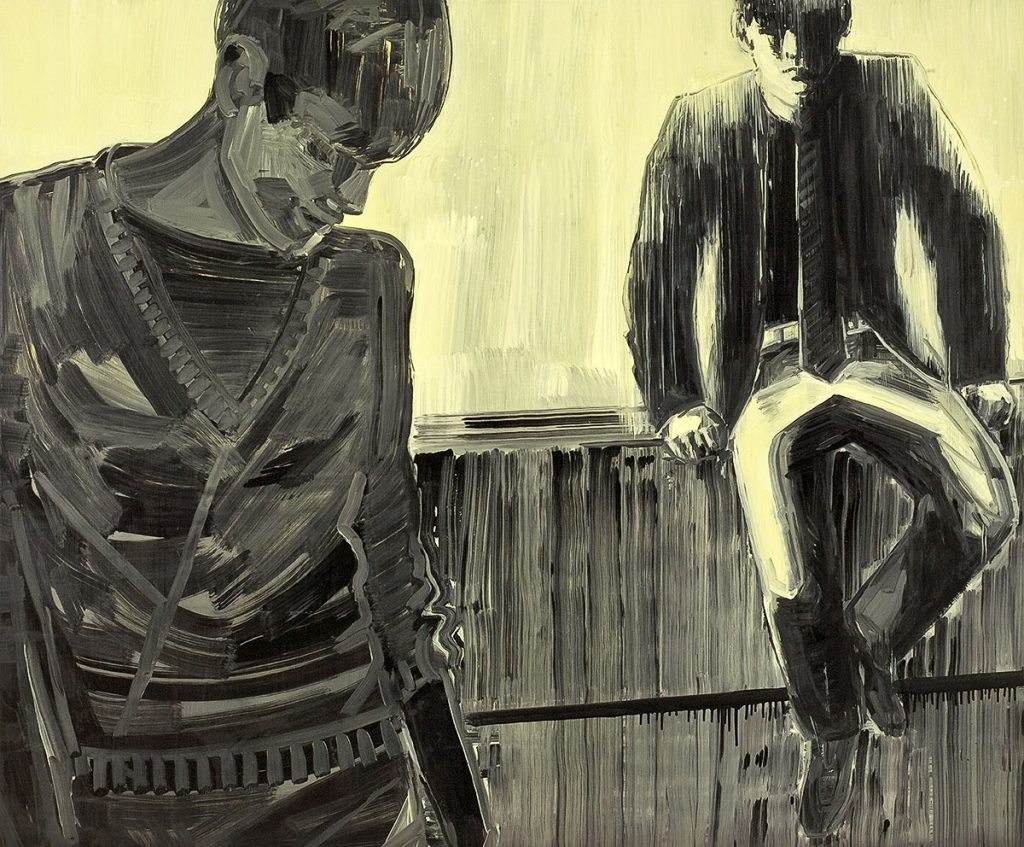 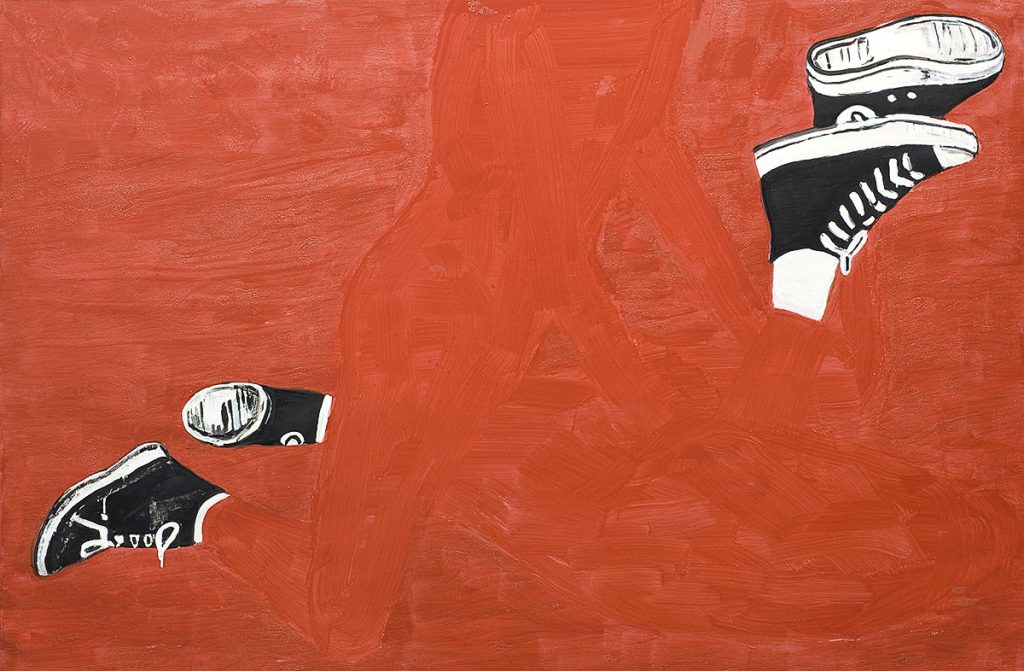 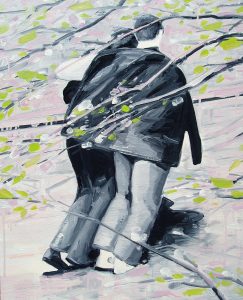 “The sculpture, composed of two figures – heroic male nudes – is a masterpiece of the early classical style. Its high status shows the role of homosexual love in public life in Ancient Greece and in the shaping of Athenian democracy. (…) The worn out and incomplete copy from the collection of the National Museum in Warsaw is a symbol of how these ideas have been degraded and sunk into oblivion in modern times.”

“Promenade (Promenade, 2004) shows a man embracing another person, presumably also a man, during a walk in windy weather. Their intimacy is hidden amid tree branches, but also shielded by them. We are only shown a trace of it, a glimpse made available to a sympathetic guest. Thus homosexuality enters the scene as another embodiment of otherness. Adach’s own Holocaust iconography gives it shelter. Two forms of otherness that the, still dominant in Poland, xenophobic, racist and sexist discourse has been unable to co-opt (it is sometimes noted that in the Polish public hate speech of today the homosexuals have replaced the Jews). Two realities present in a collective imagination co-created forever by all the viewers of these paintings.”

“The dominant heteronormative system considers not only gay sex, but also – or rather even more – gay love unbearable. This is the reason why, next to works representing the seemingly discreet, but in fact brutal old art, the exhibition features joyful and sensual works by contemporary artists: romantically-youthful paintings (…).”