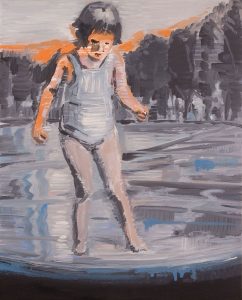 “Adam Adach sends us back to our childhood – when the experience of signs is mixed up with life itself.” 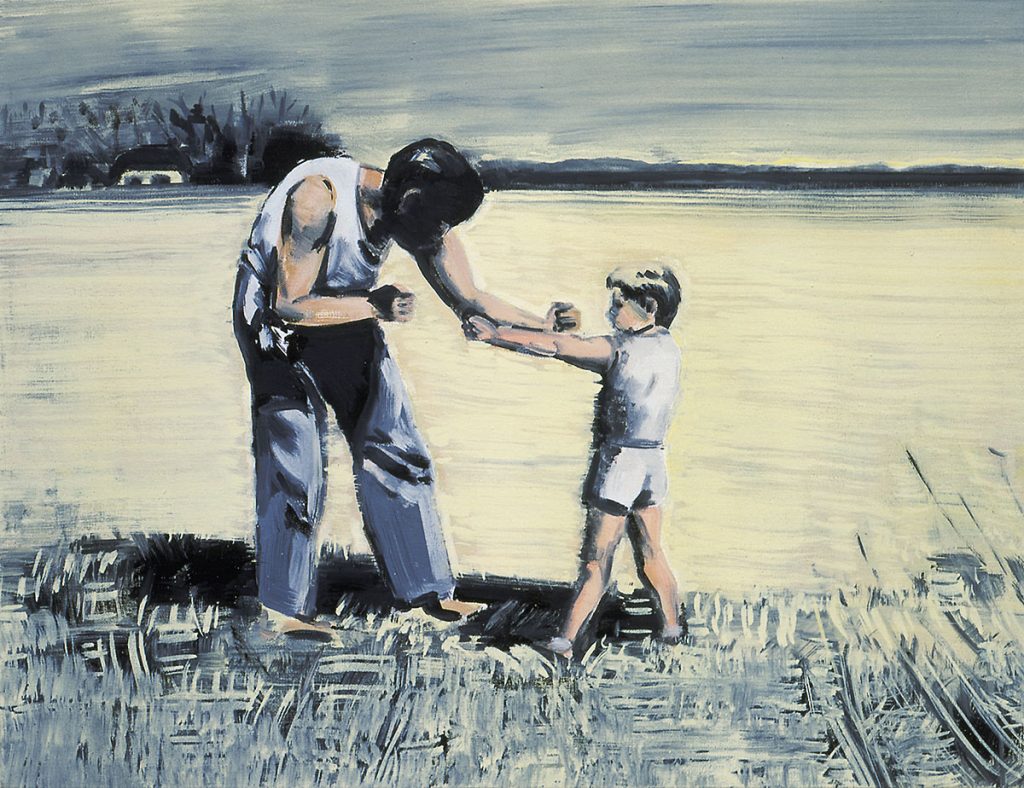 “In his pictures Adach remains invariably attached to childhood, even though he does not like it. (…) Stressing the significance of the childhood and of destruction in Adach’s work, Patricia Falguière uses the formula ‘the poverty of experience’, coined by Walter Benjamin in 1933 to describe man’s condition at the threshold of the 20th century, an age of catastrophes and wars that changed the individual human being into an anonymous mass of victims. The fathers had returned from the trenches of WWI mute, poor in experience, unable to tell their stories. It is this paradigm that the Polish painter confronts. The silence of the fathers, the unspeakableness of the impending catastrophe is something Adach’s painting opposes with a wholly different kind of silence: that existing before to the age of words11.

“(…) By operating on the level of signs before they have gained their meanings, this painting refers us to childhood. An era in which the experience of signs is confused, and overlaps, with life itself. An image painted ‘again’ becomes genuine knowledge and a genuine, therapeutic, experience of history. We re-enact our learning of the signs in it like in a dream. Childhood is a dream about a catastrophe that has not yet arrived, whose meaning can still be changed. The paradox is that it is precisely the childish sense of omnipotence that makes us more vulnerable. The Benjaminian child is hit the hardest by the catastrophe because it is more aware of it than anyone else. It is the childhood vision that makes the contours sharper and the colours of danger gloomier. In Adach’s more recent paintings, the silence of the fathers corresponds with the silence of catastrophe.” 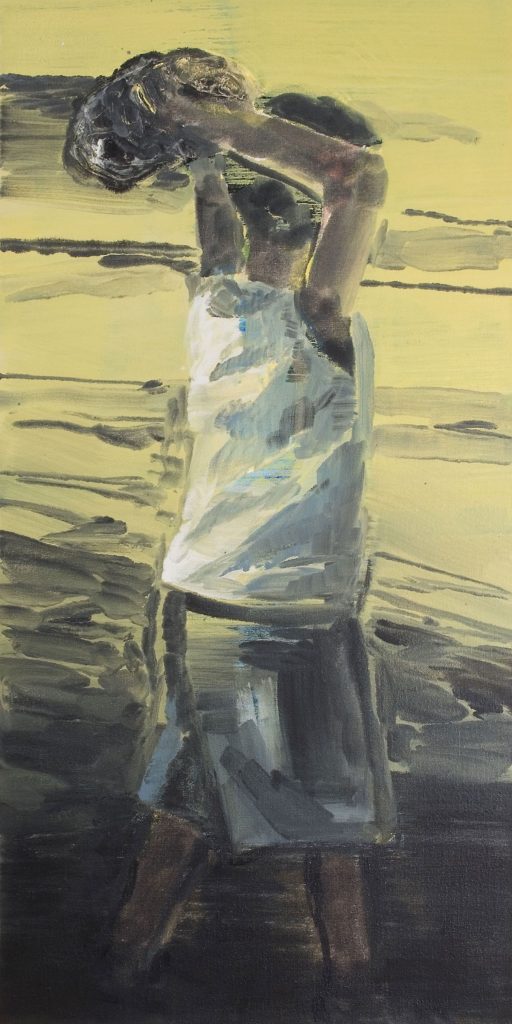 “I believe that I am becoming more and more like a child. A little naïve, or immature, in the Gombrowicz meaning of the word… It is not because of nostalgia, it is more about choosing a way of looking. To clarify this, I should tell you what my childhood in Poland was like. I lived in a small town of 7,000 inhabitants, among which half were newly arrived people, particularly soldiers who had to manage the air base. On the plains all the way to the horizon, there were many big lakes surrounded by forests, where we went swimming during the summer. This small town was divided down its centre by a large field that separated the old city (which was strongly Germanized during World War II) from the modern part, a radiant communist city. This was already kind of schizophrenic. I observed the struggle for the construction of a local identity, as well as the erasing of the city’s German past, with the destruction of a cemetery and a protestant church. It was a “war” between Atheists and Catholics, where the Jewish story was completely non-existent. I did not enjoy my childhood, but from today’s perspective, I find the situation very interesting. At my request, I left my parents’ home at thirteen to stay at a boarding school in Warsaw. If I return to this past, it is to understand the dynamics of change in a system, particularly the communist system.” 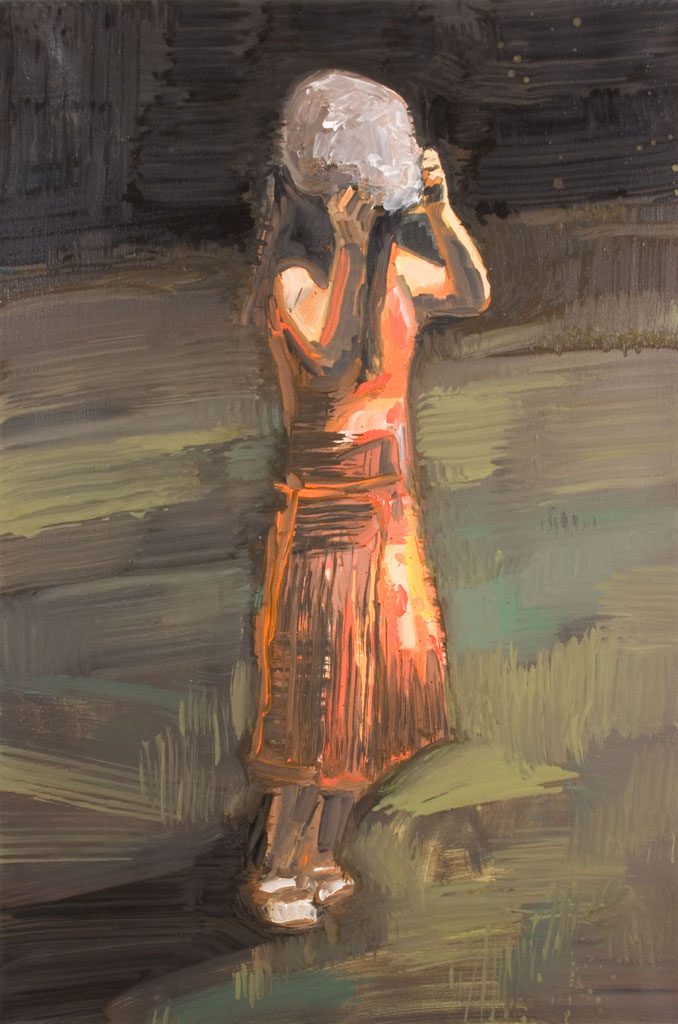