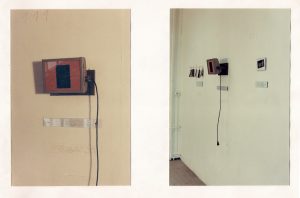 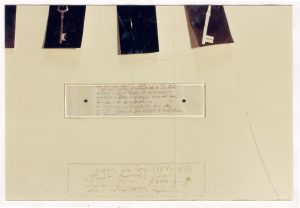 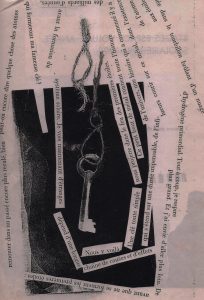 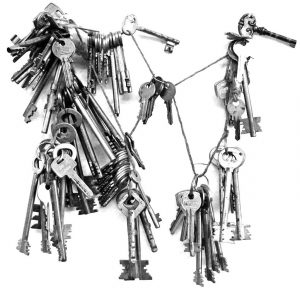 The component elements of this installation are:

1) A fragment of Teilhard de Chardin’s typed journal; keys and photograms of keys.

2) While a pin’s head is on the exhibition (in Lyon), two others were  sent by mail to Madrid and Amsterdam. (If the the iron atom nucleus was as big as the pin presented in Lyon, the electrons would be as far as Amsterdam and Madrid.)

3) A figure representing the distance between the electron and the iron atom nucleus, calculated at speed light. 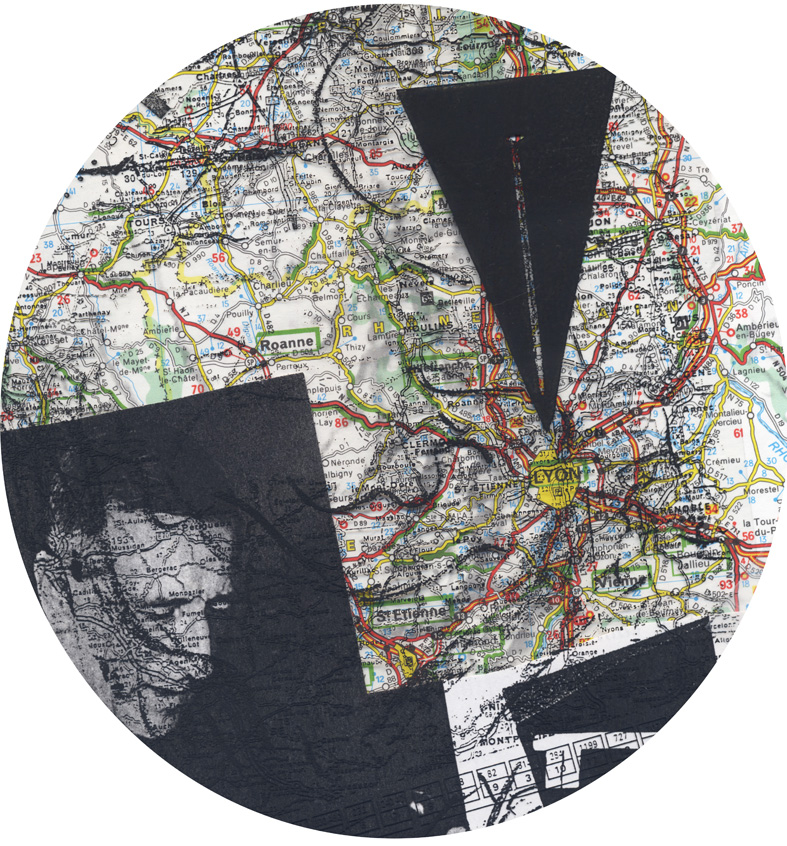