“Now the Handsome Sailor as a signal figure among the crew had naturally enough attracted the captain’s attention from the first. Though in general not very demonstrative to his officers, he had congratulated Lieutenant Ratcliffe upon his good fortune in lighting on such a fine specimen of the genus homo, who in the nude might have passed for a statue of young Adam before the Fall.” 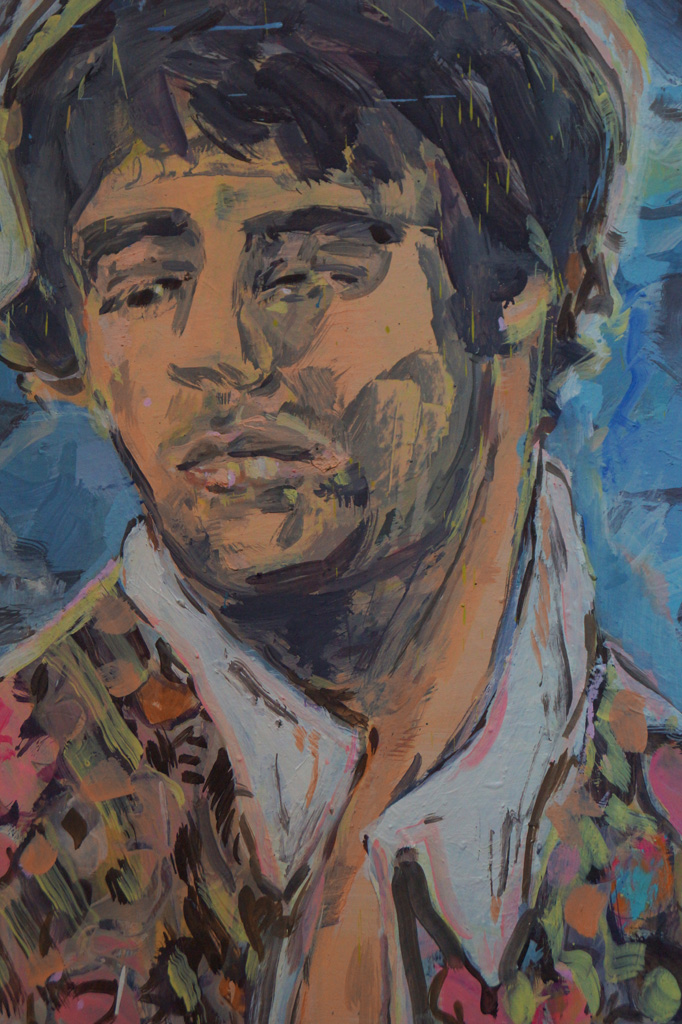 In dialogue with the homoerotic undertones of Herman Melville’s Billy Budd, Sailor, this painting is about relationships in which a threatening erotic tension, oscillating between attraction and repulsion, reveals the dangers of repressed homosexuality. In Meteorite, one of the men is in a praying position, but it’s impossible to see what he’s doing. The other is dandified, echoing the metamorphoses and avatars of Billy Budd beneath his ruddy-tipped daisies, from Baby to Billy-be-Dam. He wears a bright jacket, and escapes the typical portrayal of masculinity. There is something between them that also brings to mind the relationship between the subordinate and the superior officer, subverted however by the Hegelian idea that the slave is the one who has power over the master. The theatricalization of the power to awaken desire is, in its turn, never unambiguous, hence the tension between the almost religious and the sexually predatory, the seraphic and the hieratic, the intimate and the exposed. Meteorites strangely rise like a prayer or simply fall like stones “for which no one is waiting”, as in the lyrics of a song by Polish singer Ewa Demarczyk, from a poem by the nineteenth-century romantic poet Kamil Norwid. The two men represented in the painting are no literal heroes from the short novel. But the meteorite brings to mind the short, tragic life of beautiful Billy Budd. 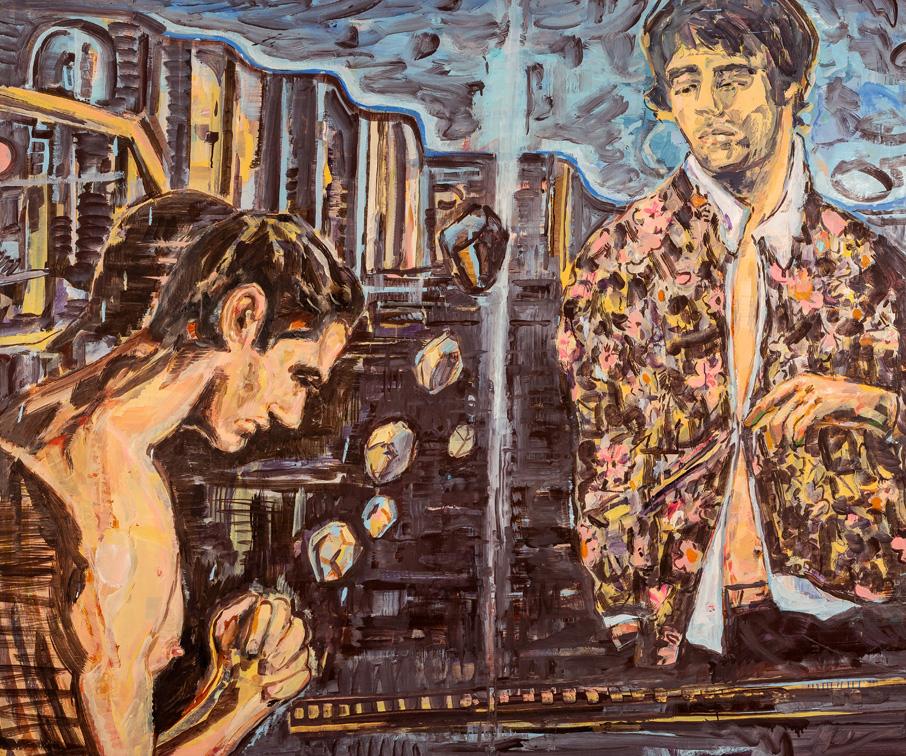 The title She’s only a bird in the sky is a quote from the libretto of Benjamin Britten’s Billy Budd, and the portrait refers to the opera to the greatest extent, namely to the scene where the sailors get drunk and one of them pretends to be a beautiful woman and dances before the male group, a pretext to crude jokes, somewhere between misogyny, excitement and disruption. The husband of my friend, the artist Anna Baumgart, played the part and was happy to pose for the painting, being a film director himself.